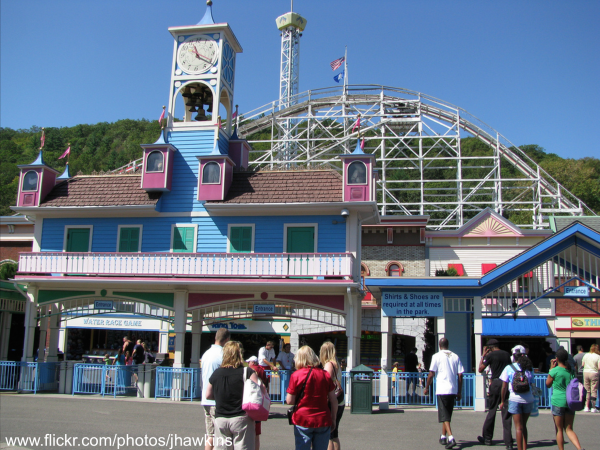 Lake Compounce is the oldest continually operated amusement park in the U.S., edging out Canobie Lake by about 60 years. It began in 1846 when a series of circumstances led to this once private lakeside retreat being opened to the public. The thrill rides came later, beginning in the late 1920s and has evolved into one of New England’s best independent parks. Their Crocodile Cove water park is free with paid admission or season pass.

While you’re there, be sure to take a white-knuckled ride on the Boulderdash – voted in various surveys as one of the scariest wooden coasters in the world. It’s a fast, crazy and bumpy ride up and ’round a mountain. There are two other coasters here – the steel Zoomerang and the classic wooden Wildcat, as well as a host of other thrill- and family-oriented rides to suit anyone’s tastes.