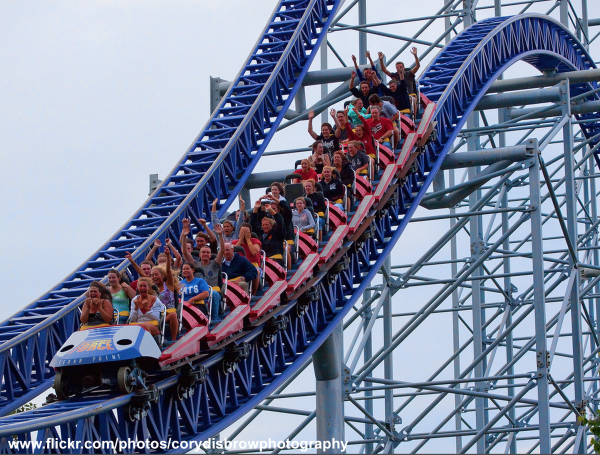 Cedar Point prides itself on being the “Roller Coaster Capital of the World.” While it does operate a numbe rof parks, each one has its own character and personality. Set on a peninsula adjacent to Lake Erie, Cedar Point offers guests the opportunity to sample any or all of their 16 world-class coasters, three of which have been voted in numerous surveys to be among the scariest in America. There are 56 other rides to choose from as well including the largest swing ride in the world and a giant frisbee.

Don’t miss your chance to ride Millennium Force – it has been in an ongoing battle with Six Flags New England’s Bizarro as the #1 steel coaster in America for about a decade now. If you dare, also be sure to take a spin on Top Thrill Dragster, Maverick, and Blue Streak.