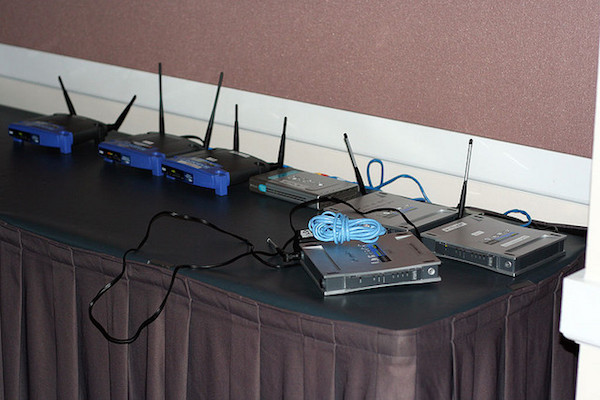 Why Your WiFi Signal is Probably Weak

Let’s first have a look at some common causes of WiFi problems because most people don’t even realize how many things can scramble or impede a WiFi signal. Here is a short list of possibilities:

1. Other electronic devices – too many electronics in a small radius (including computers, cell phones, BlueTooth devices, even an FM radio or television with a digital antenna) can easily cause interference with your WiFi signal.

2. Too many devices using the same broadcast channel – there are a number of frequencies over which your WiFi router communicates. The default setting on most is “automatic” but this could be part of the problem. If you have more than one router, they should each be hard-set to use a single specific channel.

If you only have one router, a neighbor’s router could also be broadcasting on the same frequency. Again, changing channels until the connection stabilizes is your best defense here. Consult your router manual on how to make this change. It usually requires nothing more than a web browser and a couple clicks.

3. Walls and other obstacles – WiFi routers do not require clear line of sight but they will need a path that is at least clear enough to reach every device that relies on its signal. Most homes don’t have an open enough floor plan to simply grab the signal regardless of where the router is placed. On the upcoming pages, I’ll show you how to get around this.